Pole Dancing: Is it ok to be sexy?

I'm fairly confident that anyone who has crossed paths with me in my life would be shocked to discover that I stepped foot in a pole dancing studio last week. And here I am announcing it to the world. Something that my younger self (the self that was too afraid to even read the words "pole dancer") would have never considered.

So "Why?" you're wondering. What compelled this mom of 3, who always believed it was wrong to feel or act sexy, to sign up for a pole dancing class?

I'm finally rejecting a false belief that I have held onto my whole life: that feeling or acting sexy is morally wrong.

Due to recent experiences that have brought on a personal "awakening," I no longer believe that it's inherently wrong to feel or be sexy.

I no longer believe that sexuality is something to be shunned or avoided, as was the message I had internalized from my upbringing in a very conservative church. I always believed that feeling sexy meant I was turned on, which could lead to sin (masterbation or sex before marriage). These sexual sins are considered to members of the church I belonged to, the worst a person can commit, before murder, and the repentance process involves going to the bishop, and confessing everything in graphic detail. As a shy girl with social anxiety, I could think of nothing more humiliating. So, I developed the ability to tune out any sexual thought.

Not surprisingly, after getting married, it was virtually impossible to break out of this thinking. From what I had learned, sexual thoughts were "impure thoughts." Period. So the counsel of my church leaders to "go for it" now that I was legally wed, was confusing to say the least. I struggled to be comfortable with being turned on when it was the "right time." And outside of the bedroom, I continued to live in a very sex-less state of mind.

However, as soon as I began to connect with my core being in what I refer to as my "awakening," I began to receive more clarity on who I am, and the purpose of my existence. And, turns out, a big part of who I am is my sexuality.

As human beings we have been given a wonderful gift: sexual pleasure. Studies show significant health benefits from sex: it improves your immune system and lowers blood pressure, eases stress and improves sleep. But sex is not just an experience in our physical bodies.Sex has the potential to expand into all of our other "bodies" as well: mental, emotional, and spiritual. Our creator, or the Universe, instilled this in us as a part of our existence and I no longer believe it is something to be ashamed of.

However, growing up, I was repeatedly warned that, like drugs, sex could quickly turn into an addiction. Church leaders frequently admonished against pornography for this very reason. While I do not doubt that people can get addicted to sex, and there can be serious consequences to promiscuous behavior, I feel that sex is like anything that needs to be enjoyed in moderation, such as internet use, and consuming sugar. These things are great to enjoy, but we need to keep our lives balanced in order for them to have a positive impact.

When I realized that there is nothing inherently wrong in feeling sexual aroused, and that it is actual something divine, I looked at myself and saw a 34 year old mom who has never gotten in touch with her sexy side, and it made me sad. I knew it was time to explore this part of me. First I had to feel comfortable being sexy by myself, and next I had to work on feeling comfortable being sexy in front of other poeple. Enter... pole dancing.

Click on the video above to watch me sharing my thoughts before and after my first pole dancing class! 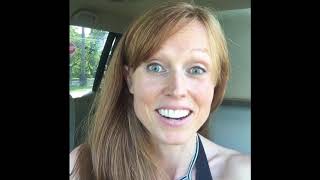 Are you afraid of being seen?